Jeff Kingston, who has been the Mariners Assistant General Manager since 2009, will handle the GM responsibilities for the remainder of the 2015 regular season.

Mather said, “We have reached the point when change of leadership of our baseball operations is needed for the Seattle Mariners to reach our goal of winning championships. We are very disappointed with the results this season, and are not satisfied with the current operation. The search for a permanent general manager will begin immediately, and while there is no deadline, we expect to have a new GM in place as soon as practical.”

Mather added, “We have great respect for Jack and his work ethic. He was an excellent representative of the Mariners both within the game of baseball and in the community. On behalf of the entire organization, I wish him and (his wife) Debbie all the best, and thank him for all his efforts.”

Mariners Chief Executive Officer Howard Lincoln said, “On behalf of our ownership group, I want to thank Jack for his loyalty and hard work over the years, and for the quiet dignity with which he has carried himself. During his tenure, Jack was dedicated to building a winning team, and at the same time, has embodied the Mariners commitment to the community by supporting many charities and causes, and making a difference in our community. We wish Jack and his lovely wife Debbie all the best.”

Zduriencik was in his seventh season as head of the Mariners baseball operations after being named to the position on October 22, 2008. Prior to joining the Mariners, the 32-year veteran of Major League Baseball spent nine seasons with the Milwaukee Brewers organization, including the final year there as Vice President, Special Assistant to the General Manager for Player Personnel.

Kingston joined the Mariners in 2009 after spending nine years working with the San Diego Padres, serving the final seven seasons as Director of Baseball Operations.

A special Happy Birthday wish to our GM Jack Zduriencik and manager Lloyd McClendon. Looking forward to a great upcoming season in 2015!

Yesterday the Mariners announced that Kevin Mather would succeed the retiring Chuck Armstrong on February 1 as President and Chief Operating Officer of the organization, and that Bob Aylward would take over Chuck’s role as Chairman of the Board of ROOT Sports Northwest.  Bob will remain in his position as Executive Vice President of Business Operations. Here is the full news release on the announcement.

Jack Zduriencik, the club’s Executive Vice President and General Manager of Baseball Operations, remains responsible for baseball operations and makes the baseball decisions, as he has been since joining the Mariners in November 2009.  Jack has reported to Armstrong and now will report directly to Kevin, who in turn reports directly to Mariners Chief Executive Officer Howard Lincoln.

Just to provide some perspective, this management structure is the same one used by a super majority of the 29 other Major League Baseball franchises.

In this structure, the president’s job is to oversee all aspects of the organization, and report directly to the chief operating officer/ownership.  In basic terms, most teams are organized with a “baseball side” and a “business side.”  In the case of the Mariners, great effort is made to make sure that both “sides” form a closely knit unit.  But clearly the focus of baseball operations is to draft, trade and sign the players who will be on the field at the Major League and Minor League levels, manage and coach them, develop them, and train them to become successful in Seattle.  Jack is in charge of this huge department, which includes over 100 full-time employees and during spring training over 200 players (including the minor leagues).

The Baseball Winter Meetings are being held in Orlando, FL.

The annual Major League Baseball Winter Meetings are about to kick off at the Swan & Dolphin Resort at Walt Disney World in Orlando, Florida. A large Mariners contingent from the baseball operations and player development staff will be in Orlando (along with your blog contributors from the media relations crew).

What exactly are the Winter Meetings you ask?

The Baseball Winter Meetings is the annual gathering of members of The National Association of Professional Baseball Leagues, including Major League Baseball, and their affiliated parties. Baseball front office personnel, trade show exhibitors and job seekers will fill the property during these four days in December making it the largest gathering of baseball executives in the world. The meetings consist of seminars, league and organizational meetings, the Baseball Trade Show and special events, such as the annual Awards Luncheon, Banquet, Gala and the PBEO Job Fair.

You’ll hear a lot about the Winter Meetings on the MLB Network, ESPN, MLB Network Radio and across various forms of social media. For twitter followers, be sure to follow the hashtag #WinterMeetings and the @WinterMeetings account.

On the blog, we’ll try to give you a behind-the-scenes look at what is going on, what interviews are taking place with manager Lloyd McClendon and GM Jack Zduriencik, and hopefully some fun photos of recognizable baseball names. 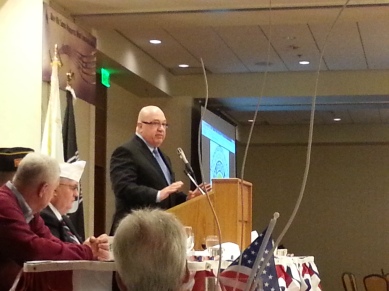 This pretty much sums up how we feel about King Felix! 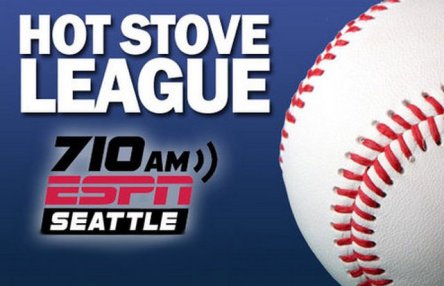 Ryan Divish of the Tacoma News Tribune also has a recap of the radio show in his blog.

From the Corner of Edgar & Dave
Blog at WordPress.com.